Skip to content
Huachuma: The Healing Cactus From the Andes

Huachuma: The Healing Cactus From the Andes 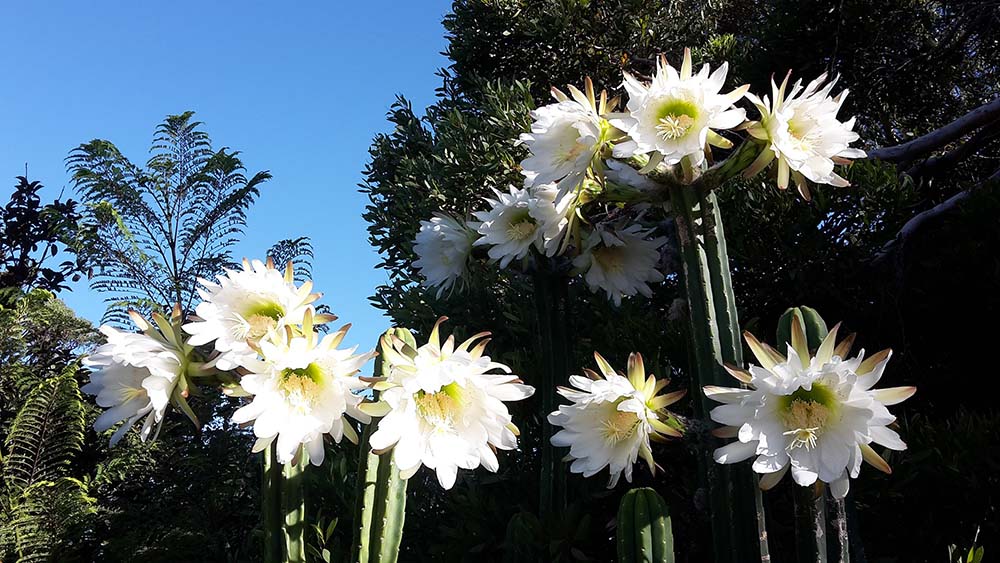 “I traveled to the Peruvian jungle to experience the 4000-year-old consciousness technology of the Chavin people. What I encountered went far beyond anything I could have imagined… beyond fearlessness, through my own death, and into alignment with my mission. Para el bien de todos (with everyone and for the good of all.)”— Aubrey Marcus

So what do we know about huachuma? In what way does it return us to our unfettered divinity? 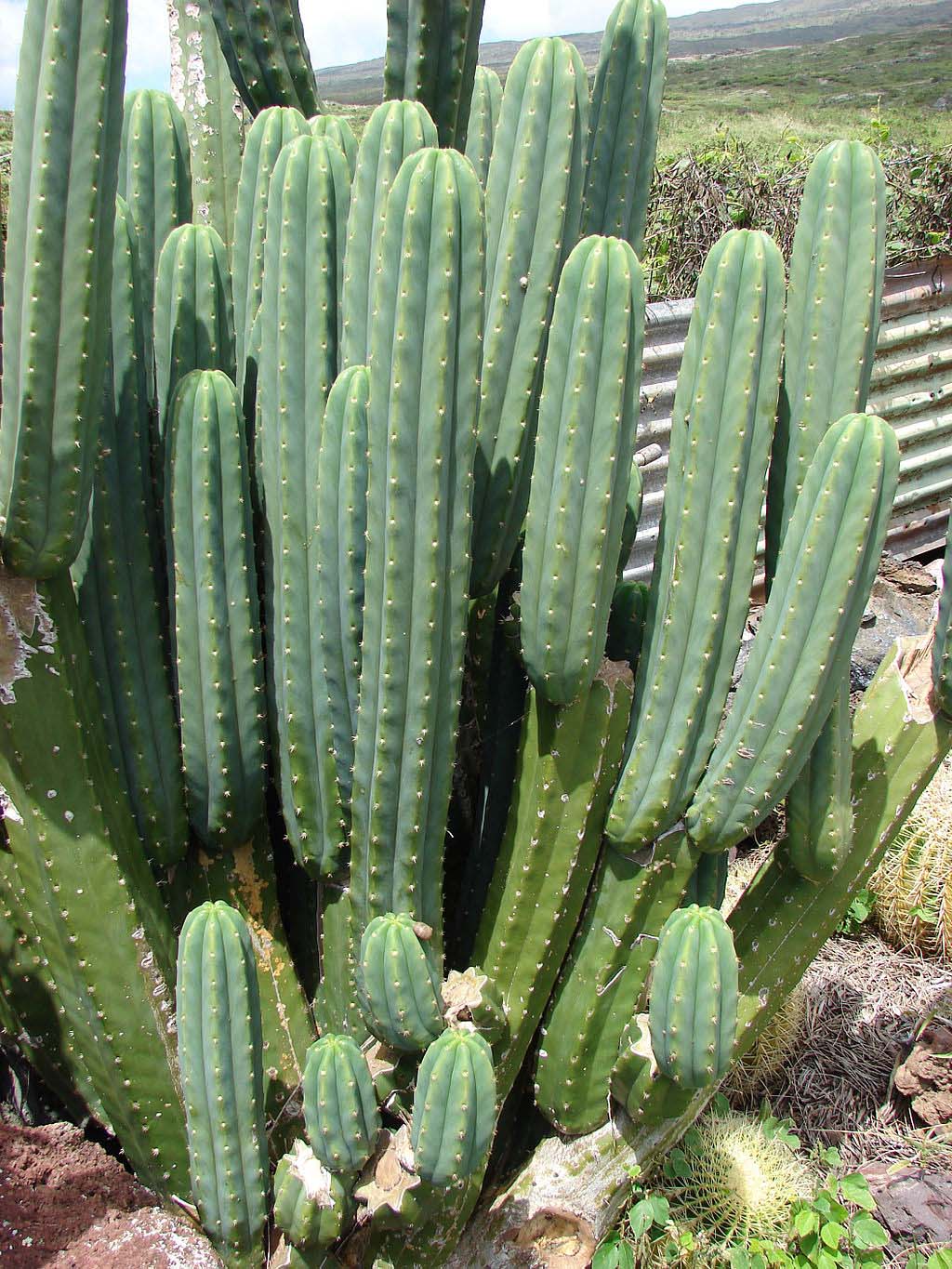 Often referred to in the West as San Pedro, huachuma is a cactus native to the Andes Mountains. Growing wildly at 6,600-9,8000 feet in elevation, huachuma is scattered all throughout South America. The countries most commonly tied to the huachuma cactus include Argentina, Bolivia, Columbia, Chile, Ecuador, and Peru.

Although commonly grown solely for ornamental purposes, huachuma has a much, much greater purpose than that. Used for over 3,000 years, huachuma is used both as a healer and spiritual divination. The plant is made up of many organic compounds, including various alkaloids. Of these various compounds, huachuma contains mescaline. Mescaline is a psychedelic hallucinogen found in other cacti, including peyote, which is one of the more commonly known.

Huachuma’s stems typically range from dark to light green with some glaucous growths at times. Typically reaching 10-20 feet tall, the tallest recorded huachuma cactus towered above its finders at a staggering 40 feet. Although the cactus has innate beauty in its common form, its beautification is amplified by its white blooming flowers. Blossoming at night and staying open for around two days, it’s no wonder huachuma is planted to showcase its beauty.

Huachuma’s origins trace back to the Moche and Chavin cultures of northern Peru. The Moche’s lived in the mountains of Peru from 100-700 AD, or 3,520 years ago. The Chavin people were then the subsequent culture of the area. They existed in the region around 900 BCE to 200 BCE, or 2,900-2,200 years ago. It’s said that the Chavin culture then had a significant influence on the 15th century Incan culture that followed.

Incredible archeological evidence of huachuma use was discovered near the Cordillera Blanca mountain range. At the Chavín de Huantar Jaguar temple, a stone carving of a huachumero (a huachuma shaman) was found. In the huachumero’s hands was a San Pedro cactus.

Although an incredible discovery, the San Pedro cactus’ place in the Chavin culture’s art is typical. These continuous Chavin findings have thus made huachuma the oldest recorded psychedelic medicine.

Moche and Chavin shamans referred to huachuma as “Materia prima.” This means “a formless primeval substance regarded as the original material of the universe.” Although the Catholic church attempted to extinguish hauchuma’s use during the Spanish conquest, they ultimately failed to do so. Thus, the church gave huachuma its popular alias, San Pedro.

The background to this newfound name ties the cactus to Saint Peter. Believing Saint Peter holds keys to heaven, the church recognized the San Pedro cactus as another holder of heaven’s keys. In fact, this Andean plant allows its users to “reach heaven while still on Earth.”

Many believe that the Catholic’s attempt to quell huachuma usage led to its now traditional midnight ceremony starting time. Natives, wanting to keep their huachuma rituals intact, took part in the psychedelic during the darkest hours of night. 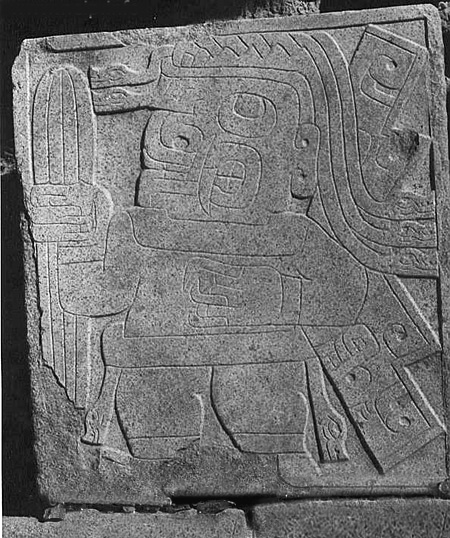 Huachumeros continue to lead ceremonies in places such as Peru, Bolivia, and Ecuador. In these countries, modern ceremonies are still reflecting the same intentions as these region’s ancestors. These intentions include a connection to nature, expansion of consciousness, prayer, and to heal physically, emotionally, and spiritually.

The benefits of huachuma are plentiful and the plant is often seen as a “miracle healer.” Participants in the past have claimed to have healed from chronic issues, infertility, and even cancer. Interestingly, huachuma has other positive effects that are not psychedelic in nature. These effects include a reduction in high blood pressure and cardiac diseases, and as a treatment for hypertension. Its anti-inflammatory and antimicrobial properties have also lent a hand to preventative medicine.

Huachuma, as an empathogen, has psychedelic effects often compared to MDMA. Users may experience radical introspection and a sense of euphoria, awe, or inspiration. Many have also reported having potentially life-changing thoughts and feelings. Other accounts include a heart opening release and freedom from trauma, depression, PTSD, anxiety, additions, self-loathing and other mood disorders. 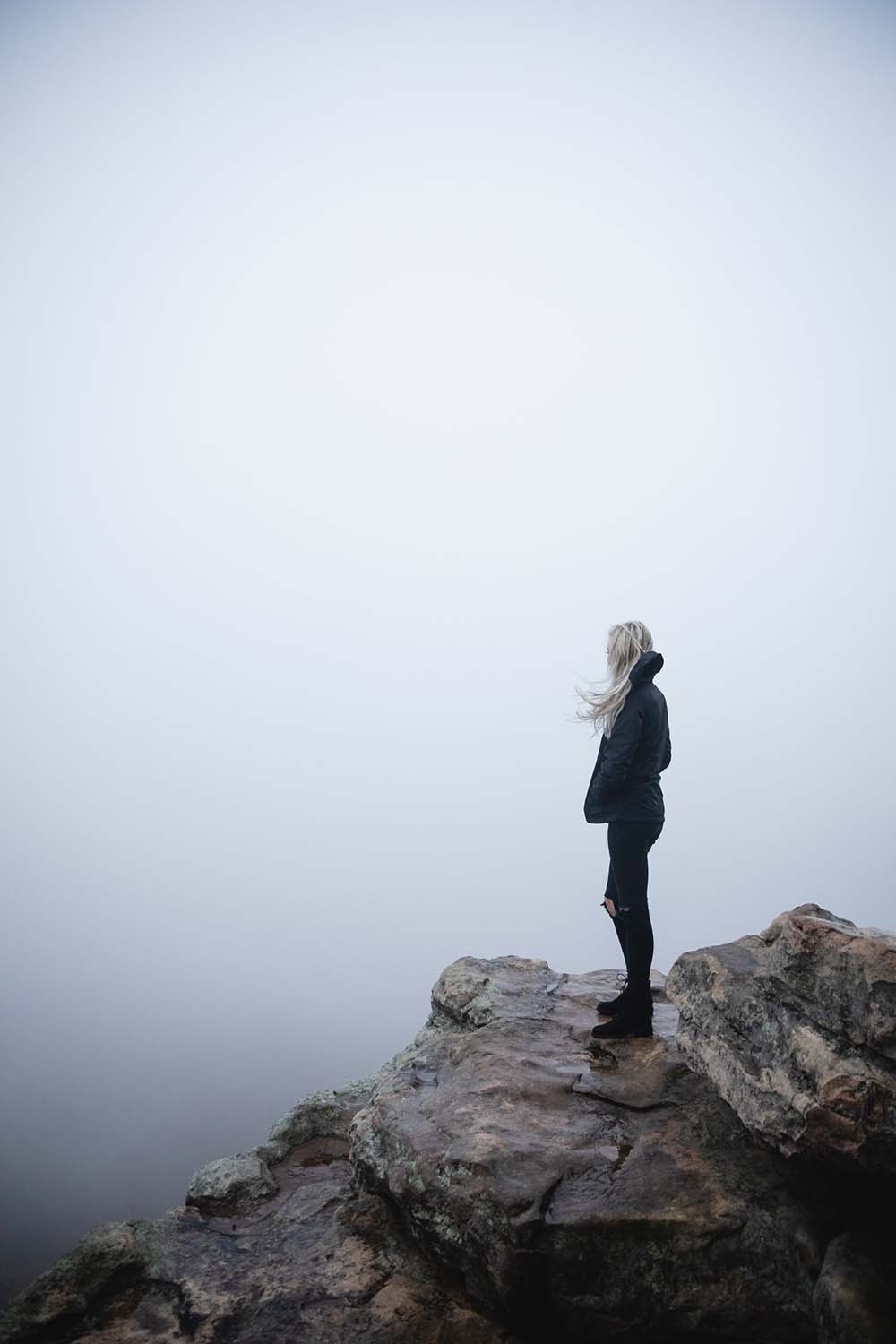 What Happens During Ceremony?

The intention behind consuming huachuma, supported by a huachumero or huachumera, is to allow the participant to “bloom.” Opening their subconscious like the night-blooming San Pedro cacti, a participant can penetrate the deeper layers of their being.

Altered into a dried powder or made into a tea, the outermost layer and most potent part of the cactus is what’s ingested. There are several ways a shaman prepares the brewed version of huachuma. Huachumeros prepare the brew by adding the dried powder to a combination of citrus juice and water. This concoction is then left to soak for several hours or overnight if need be.

The initial effects of ingested huachuma may be noticeable anywhere from 40-90 minutes into ceremony. Commonly lasting anywhere from 12-14 hours, huachuma is a journey into the psyche. Participants may choose to prepare for ceremony by cleansing or fasting for several days beforehand.

Because every participant is different, the effects of the huachuma can also vary greatly. Such variations include the possibility of nausea, intensity (based on an individual’s sensitivity), and what spiritual experiences come through. 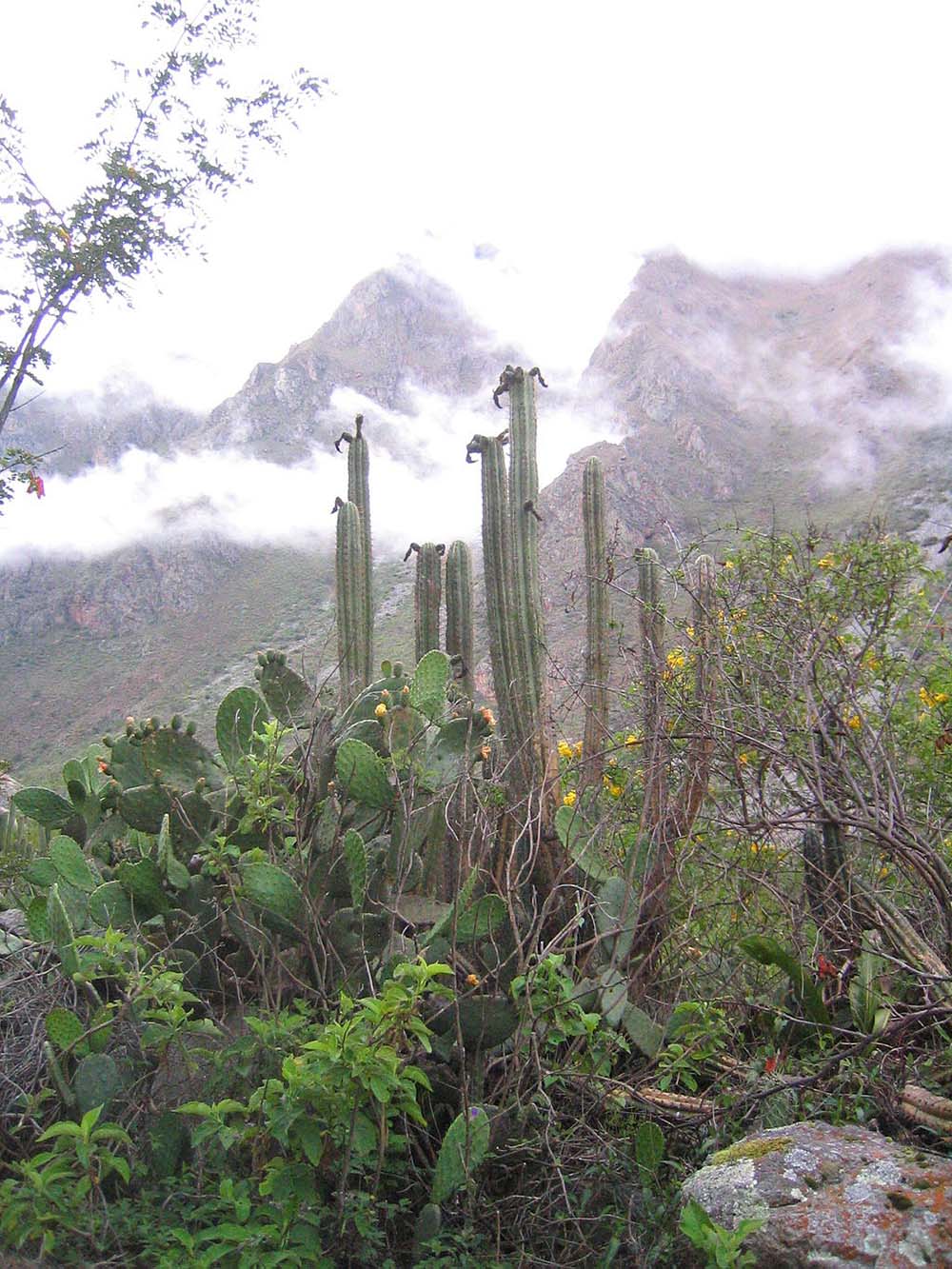 What to Expect From a Huachuma Ceremony

Visions and dream-like states are likely, depending on the potency of the huachuma powder or brew. In this dream-like state, a participant experiences awareness of their divinity, mental and spiritual breakthroughs, and profound healing.

Other effects included a heightening of the senses, waves of emotions, and a deep-seated connection with all of life. Participants have even said that they were visited and guided by their ancestors. Others mention a visit from otherworldly beings and spirit guides. Huachuma’s effects are often compared to its endangered cousin, peyote. Although huachuma is often said to be the gentler of the two cacti. While peyote’s effects are often more potent, huachuma’s effects typically outlast peyote by a few hours.

Huachuma ceremonies and facilitation are often akin to that of ayahuasca, including the use of hape tobacco. Seen in ayahuasca ceremony, shamans incorporate musical instruments such as drums, flutes, shakers, and indigenous jaw harps. These instruments create unusual sounds in order to complement the huachuma experience. 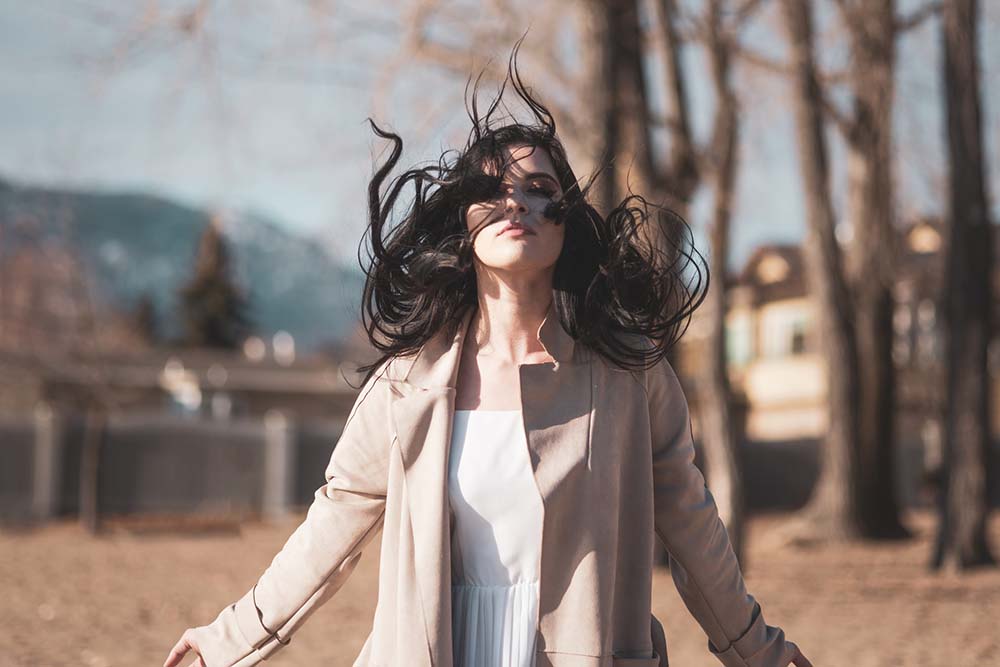 With anxiety, depression, and addiction on the rise, many wonder what effect huachuma could have on the modern world if legalized. Although these plants have been around for thousands of years, there is a psychedelic reemergence currently taking place. Known as the “psychedelic renaissance,” many are turning to these ancient medicines and rituals to heal in a way only a participant can attempt to communicate.

“We use the sacred cactus to reconnect with that precious Self and bring it to the surface. By building this bridge, we are connecting to the source of our happiness, which so often is cut off as we mature. This is the healing we should be searching for. How can you be happy if you’re cut off from the purity of your true Self? After reintegrating and truly experiencing your whole Self, you finally begin to live from a place of inner peace and true happiness. You then realize that to search beyond the point of pure self-awareness is irrelevant, for this is the place of bliss itself. From this place, the Self can only gaze upon the mystery.”— Huachuma Wasi, a shamanic healing and retreat center in the Sacred Valley of Peru.