What Is A Unalome? 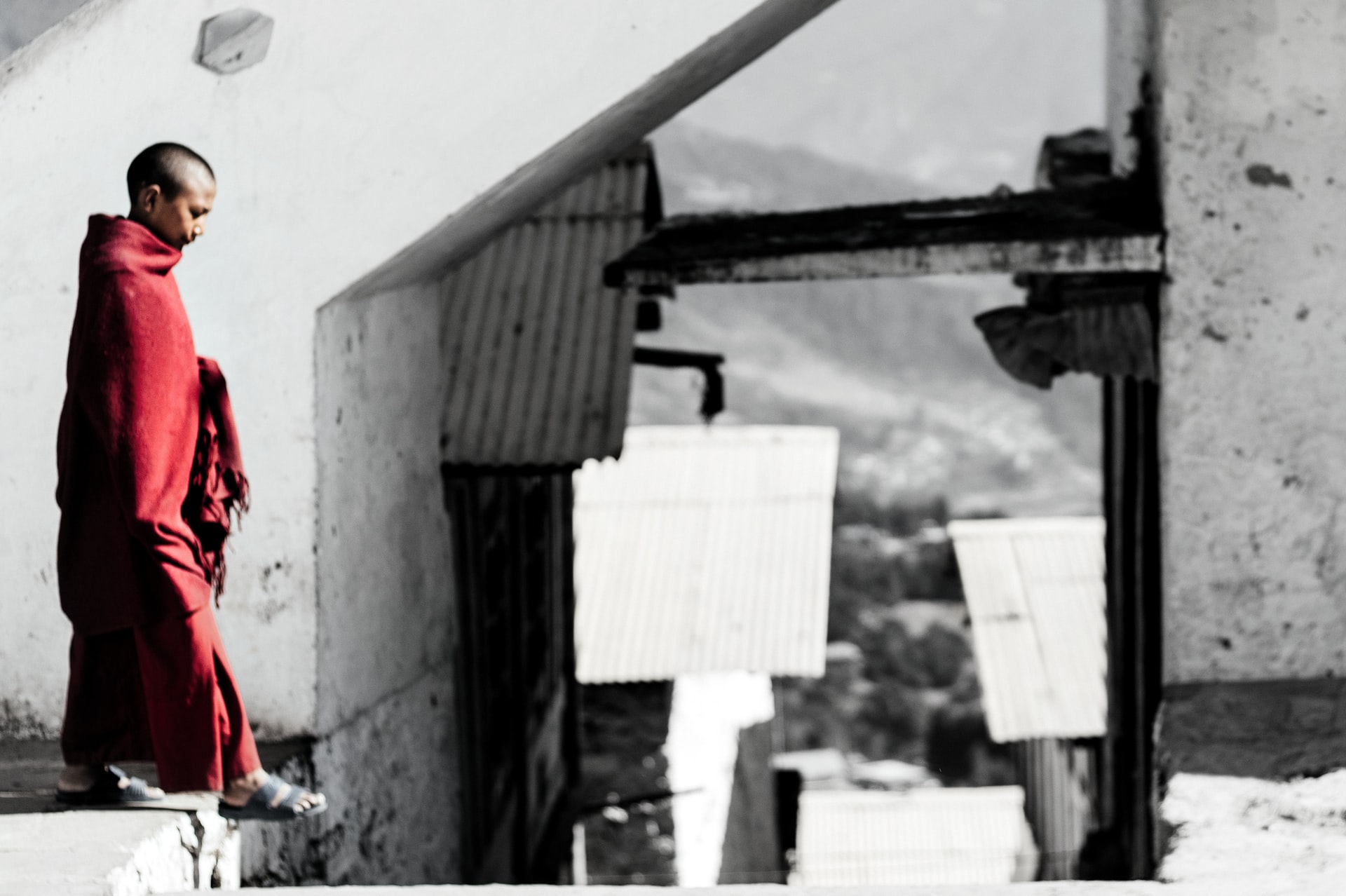 Pronounced ooo-nah-low-m, people and cultures around the world are so drawn to the unalome symbol and it’s representation. It’s elegant and visually appealing at first glance. But the more you look into the intricacies of the unalome, the more you unearth. You come to realize its complexity and become captivated by its rich story. The unalome symbol, although miniscule in size, is monolithic in interpretation. It contains the philosophical totality behind the human experience.

It’s a Universal symbol, recognized and adored by the hearts of many. Every soul walks the path that makes up the single line of the unalome. Learn about this sacred path, as well as the distinctions between the Hinduism and Buddhism unalomes. 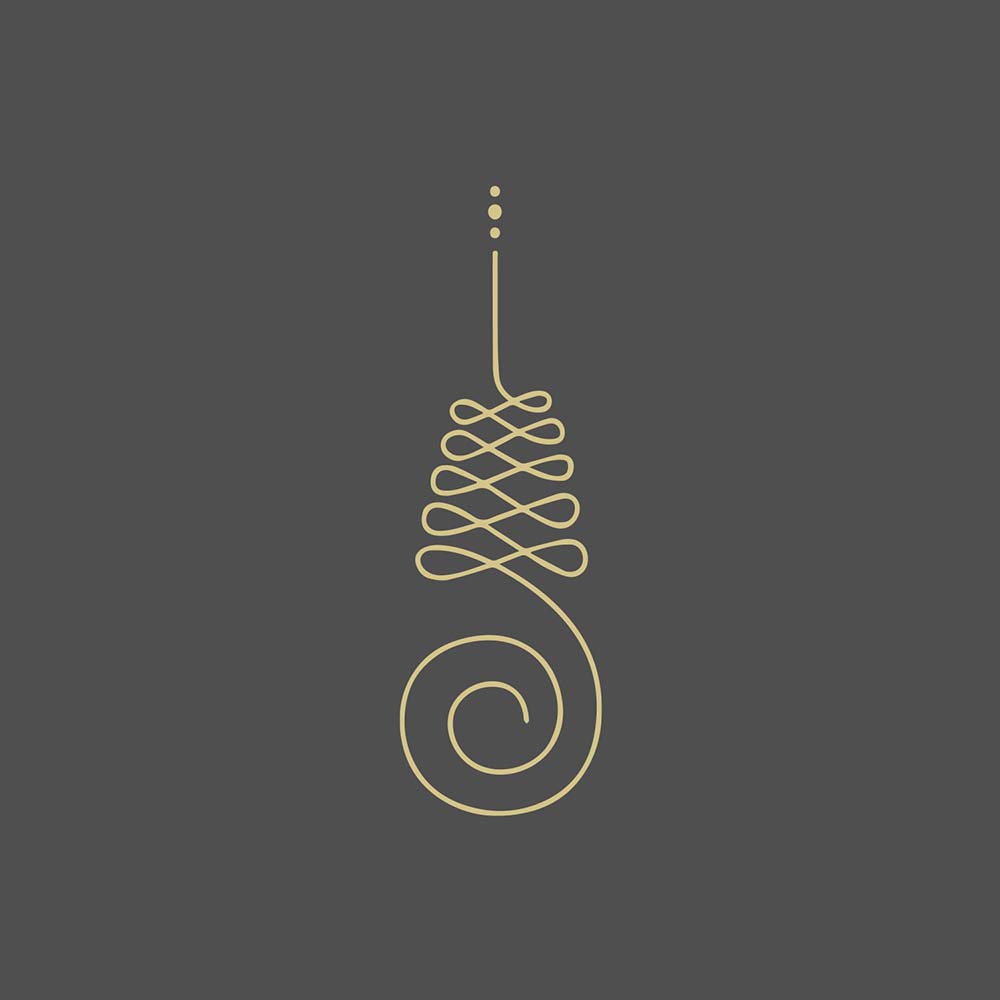 Introduction to the Unalome Symbol

The base of the unalome represents birth, or the beginning of one’s life. The moment of the very first inhale, a human being’s spiritual awakening has begun. In this very first breath, life is full of all its potential and all of its mystery. The rest of the life that lays ahead is the greatest journey one will ever take.

The unalome starts out with a simple swirling pattern near the base of the symbol. This singular line encircling itself lends to the simplicity of our childhood and adolescence. We are constantly learning from our environment. This includes other beings that care for or interact with us. This part of our journey is still rather fluid, playful, and pure. At this point in life, we have not yet had to interface with much disorder, confusion, or chaos. We are in the early stage of discovery and wonder. We are curious about what it even means to be alive, armed with what little we know of the world and consciousness so far. The pattern here is not complicated in design because, at this stage in life, our lives are not “complicated” by design. 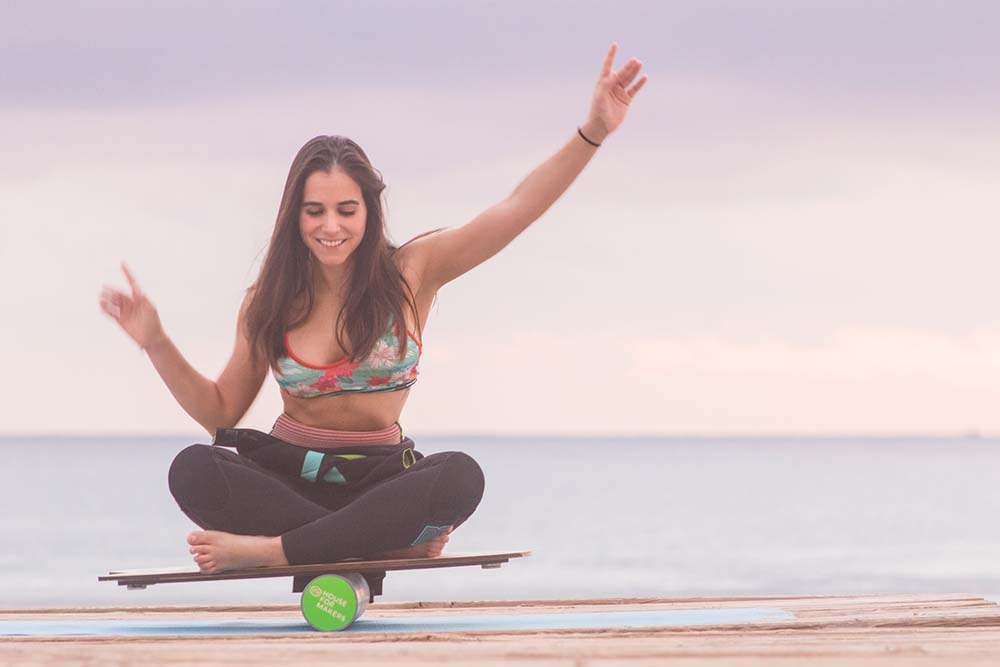 Base of the Unalome Symbol

Traveling further up the unalome symbol, we see the line start to zig zag and intersect itself. This element of the unalome represents the lion’s share of the human experience. As we grow older, we become more aware of ourselves and our bodies. We become aware of other human beings and the complexities of reality. Our lives become more complicated and much different from the years that made up our childhood. In many ways, we grow out of our naivety and our child-like behaviors. We begin to interface with our more aware, intellectual, and elaborate state of being. 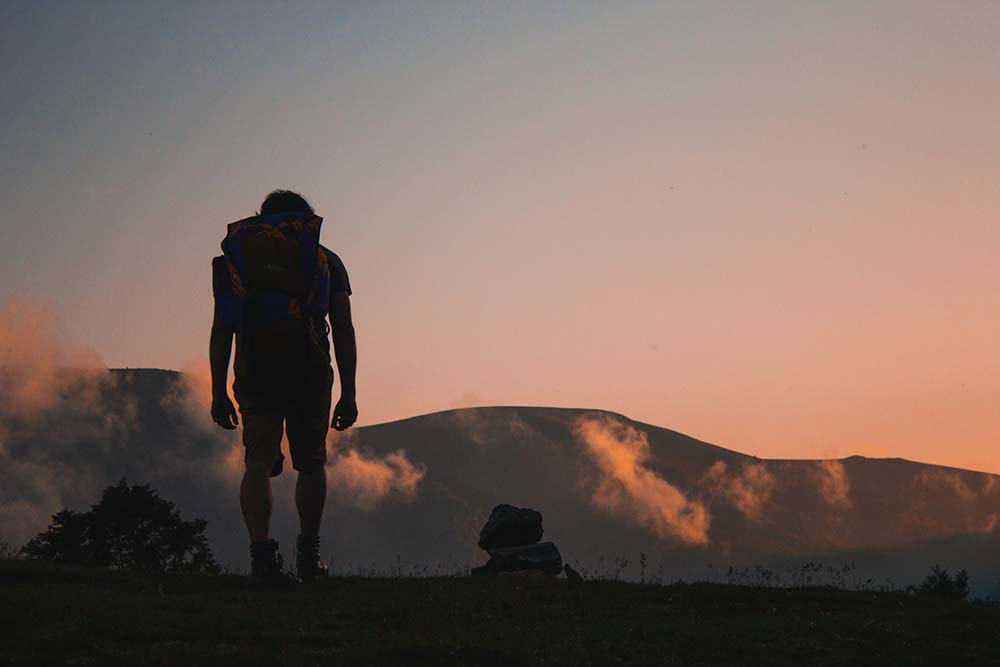 Middle of the Unalome Symbol

Life is never a straight line. We summit many peaks and cannot believe how far we’ve come. Conversely, at times, we are lying flat on our backs in the deepest part of the darkest valleys. It may feel like we’re literally flirting with death. Hence the way the lines find a figure eight-like motion where parts of the line are higher than other parts. We’re retracing our steps so we can learn what we didn’t fully grasp before. This can be a time of deep confusion and fear. But also a time of profound learning and exponential growth.

The straightening of the line towards the top of the unalome symbol shows the part of our story where we become more centered. As we navigate life, we learn from our mistakes. We may experience grief or tragedy, and continue on with our head held high. The lessons learned are carried in tow. We become wiser and more mature beings. All that we’ve learned, gained, and survived has brought us closer to understanding. It inches us closer to enlightenment, or what Indian yogic philosophy calls samadhi. Samadhi is a state of total self-collectedness, or pure bliss. 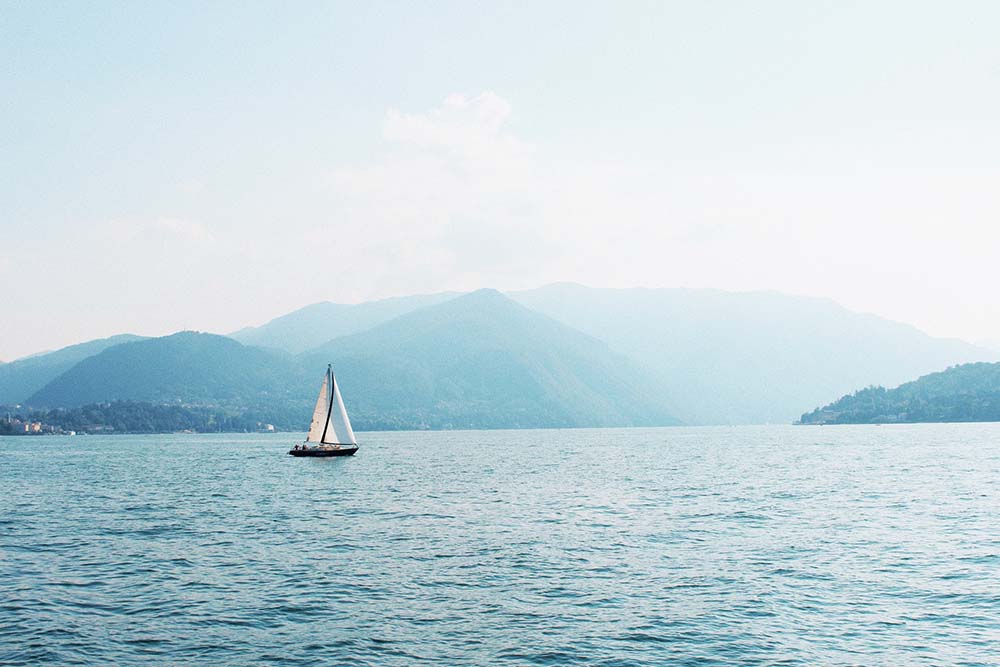 Top of the Unalome Symbol

Here, we are no longer ships lost in the colossal sea that is our life. Rather, we are consciously steering the boat with our awareness and know-how at the helm. No matter the weather, life is lived with intention, courage, and intuition. We live less from the rational, thinking mind, more from the intuitive, all-knowing heart. The closing in of the lines near the top symbolizes progress and refinement. We are even more conscious of our emotions, behaviors, and our true Self.

The top of the unalome symbol, sometimes crowned with tiny dots or an expanding lotus flower, symbolizes freedom or enlightenment. What Hinduism refers to as siddhi. Free from life and also free from fear of death itself, a siddhi is a being who simply is. The siddhi state is said to appear supernatural. This is due to their incredible ability to control the Self. However, the siddhi state is accessible to every single human being. 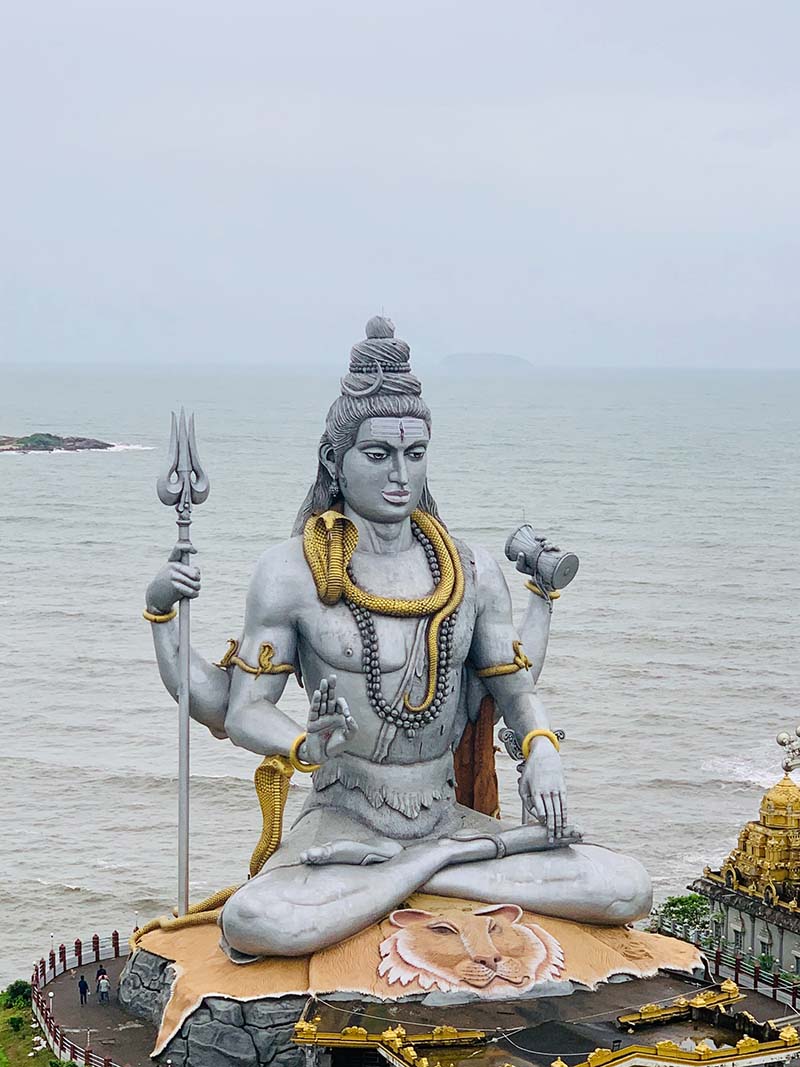 The Hinduism Unalome Symbol- An Homage to Lord Shiva

In the Hindu religion, the unalome symbol is a delineative of Lord Shiva’s third eye, the highest Hindu god whose role is to destroy the Universe in order to recreate it as he wishes. Lord Shiva’s third eye represents all the wisdom, insight, and untamed energy that Shiva has obtained as a God who oversees all of creation. Hinduists believe that Lord Shiva still uses his powers of destruction and recreation in present time in order to eradicate the world’s illusions and imperfections. 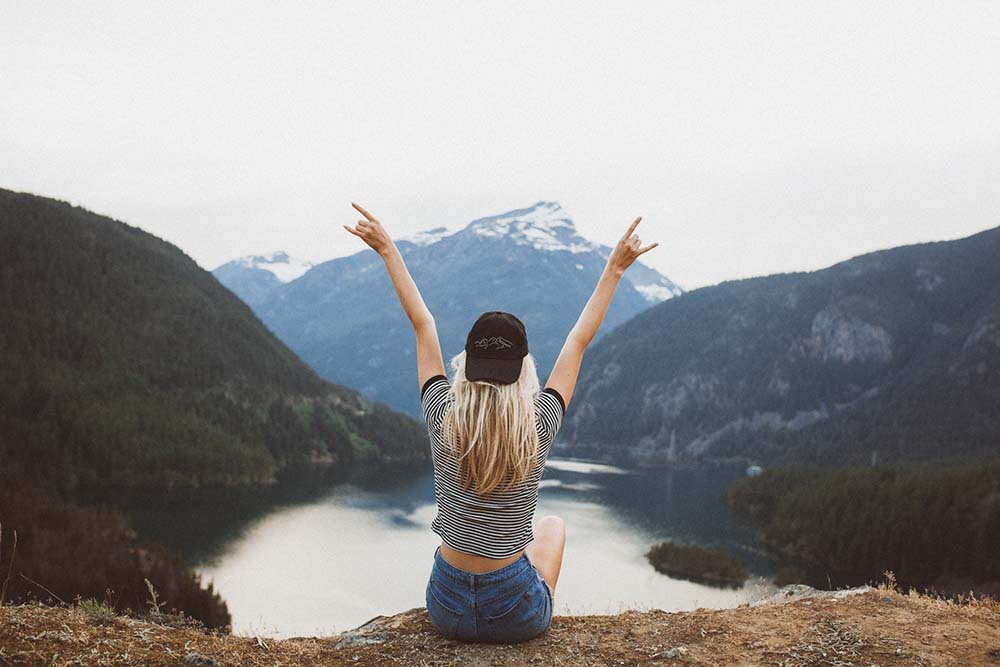 The Hindu interpretation of the spiraling bottom is Lord Shiva’s third eye and the life that you’ve incarnated into with no visible direction or innate powers or abilities. In other words, you are the creator of your own life and you must find your own way through. The zig zagging lines above the base represent the spiritual milestones your soul has reached on its journey and all the lessons you’ve had to learn in order to reach moksha (enlightenment or freedom.)

The entire length of the unalome’s line is the path to excellence, a path each human should strive to take in this lifetime. Although the moksha terminology is often interchangeable with the Buddhist theory of nirvana, (a sublime state where no suffering, desire, nor sense of Self exists,) the Hindus believe that nirvana is linked to the state of existence a being experiences after reaching moksha first. 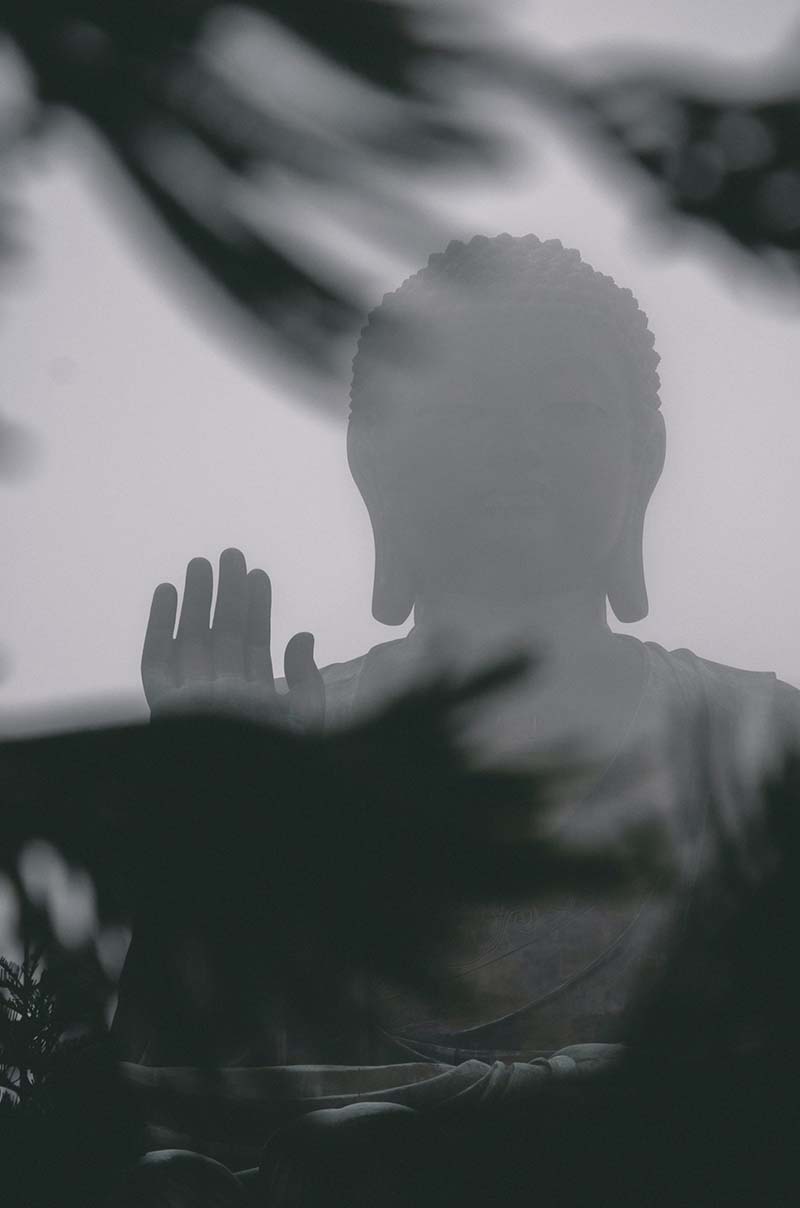 The Buddhism Unalome- An Homage to the Buddha

Similar to the Hindu philosophy, the Buddhist believe the unalome is a representation of the path to enlightenment. Full of twists and turns, conflicts and struggle, distractions and confusion, the path we take eventually becomes straight and narrow. The top of the unalome symbol is, again, where we gain wisdom, mental and emotional freedom, and reach a state of complete awareness and awe.

However, the Buddhist depiction of the unalome slightly varies from the Hindus. In the Buddhist version, the Buddha is usually seated at the base of the symbol, most often with a half moon over the seated Buddha’s head, representing enlightenment in the dark. Buddhism sees the intricate knots of the line just above the half moon as the crown or the actual head of the Buddha, symbolizing the scrutinization of one’s own actions and the importance of learning from them. 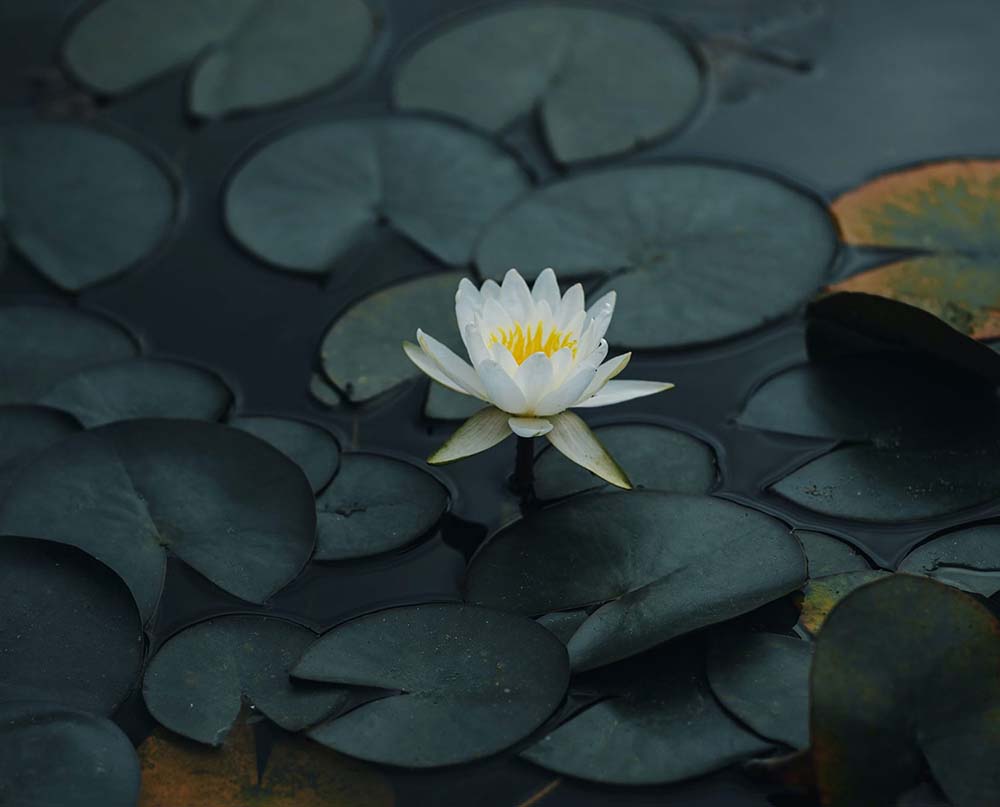 “No Mud, No Lotus.”—Thich Nhat Hanh

In both Eastern religions, but more often in the Buddhist version, there may be a lotus flower resting at the top of the unalome instead of dots. The lotus flower is a highly revered symbol of both Eastern philosophies, representing the path to spiritual awakening. Like Vietnamese Thiền Buddhist monk, Thich Nhat Hanh simply yet elegantly put, “no mud, no lotus.”

This Thich Nhat Hanh quote is a beautiful way to interpret the unalome symbol regarding the Buddhist way. The lotus flower cannot grow and bloom without the mud-like conditions the roots burrow through in order to find the nutrients required for sustained growth. If there is no mud present, there is simply no lotus flower. Similarly, without struggle, pain, grief, tough lessons, and darkness at times, there is no contentment, beauty, appreciation, wisdom, spiritual awakening, or enlightenment. The path of the Buddhist unalome is a path through the “mud” in order to reach the purity that life, and the lotus flower, can attain.